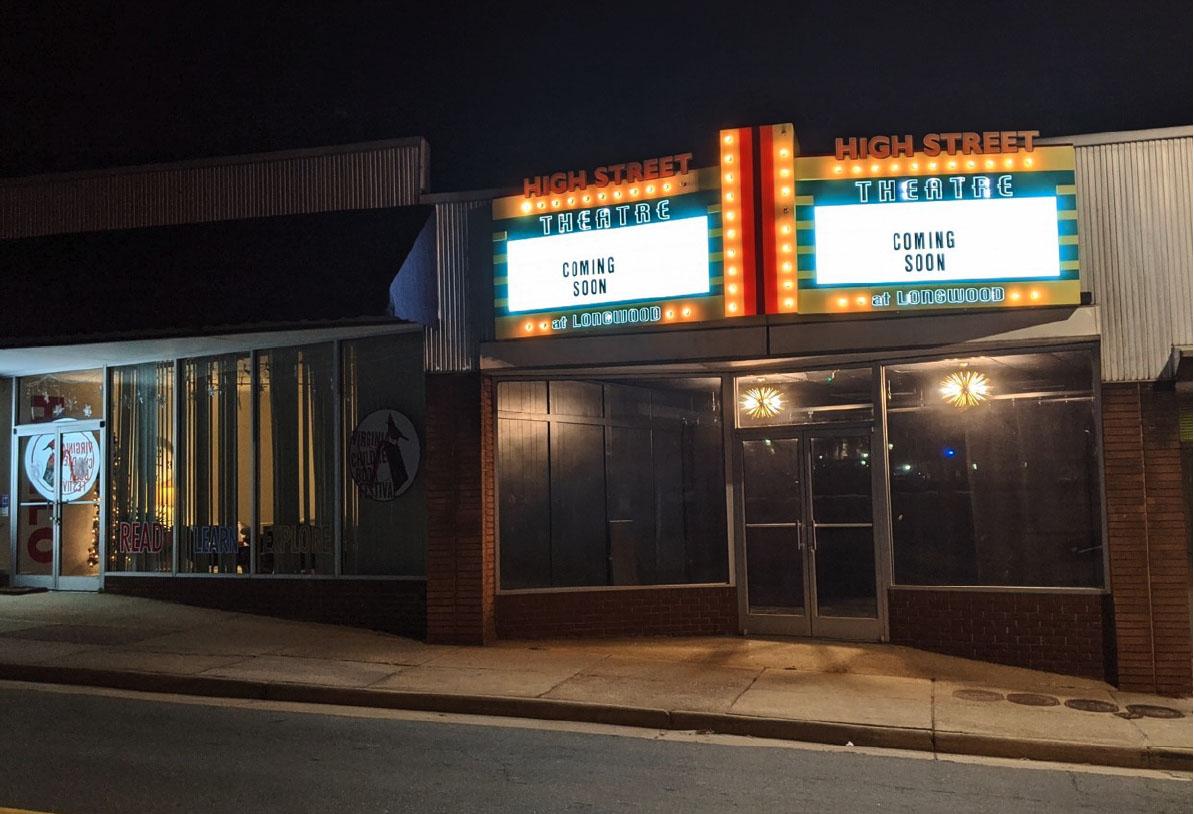 Friday, May 6 : The Monuments Men

This program is made possible in part by the Virginia Commission for the Arts and the National Endowment for the Arts.

Located at 102 1/2 High Street just west of Main Street in downtown Farmville, High Street  Theatre is part of the Longwood Center for the Visual Arts’ expanded menu of free film  programs. The theatre opened this past fall with Friday Night Frights, a nod to the LCVA’s established Cabin Films series, curated by Longwood professor Chris McGee. Comedy and  international films joined the roster this past spring as an option for people who find the idea of scary movies just a bit too scary.

“This new Summer Days and Nights series is inspired by the light-hearted nature often associated with the poolside and beach reading of summer vacation,” explained Rachel Talent Ivers, LCVA executive director. “But it also includes classic coming-of-age movies, such as Stand by Me, and musicals - Dirty Dancing and In the Heights.”

The series concludes August 19 with a screening of The Final Girls, a clever 2015 comedy horror mashup that serves as the theatre’s hat tip to its origin in the now defunct Cabin  Films series.

Schedules, film trailers, and details about the ratings can be found on the LCVA website and  Facebook page, or by scanning the QR on the exterior of the theatre. LCVA and High Street  Theatre staff will continue to have a bit of fun with the theatre marquee, teasing coming  attractions with quotes and word-scrambled titles.

The space may also be reserved for private functions when it is not otherwise in use. Facility rental inquiries should be directed to Lorrie Watson @watsonlc@longwood.edu.