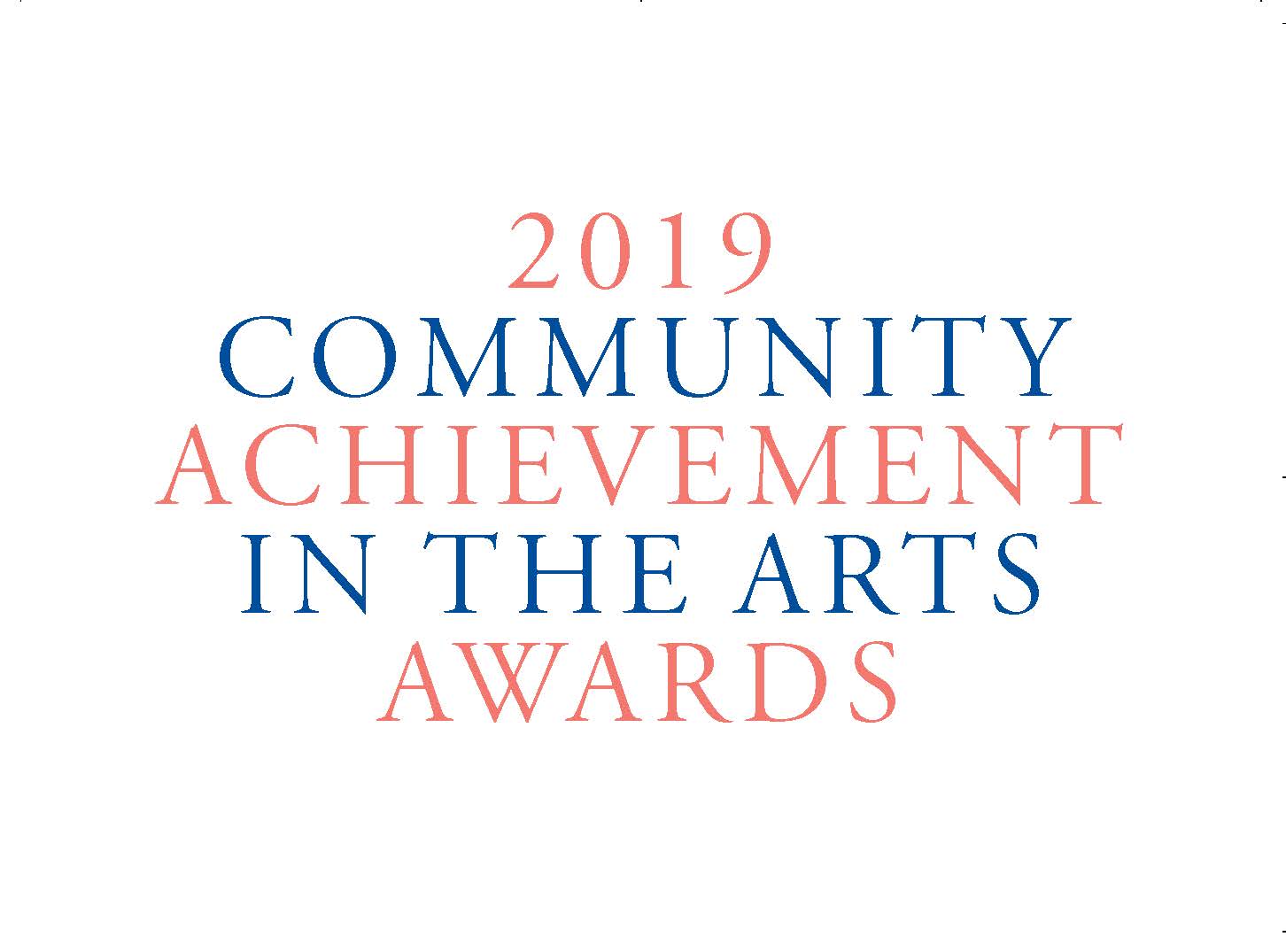 "What a strange thing is memory, and hope; one looks backward, the other forward; one is of today, the other of tomorrow. Memory is history recorded in our brain, memory is a painter, it paints pictures of the past and of the day." --Grandma Moses

Marion Forgey Line has often been compared to Grandma Moses[1]; and like Moses she is considered to be a memory painter. Indeed, Moses and Line seem to be kindred spirits as they both paint luminous pictures of life in the country and family stories. Their vantage point is high above their scenes -- all seeing and all encompassing, as if they are spirits floating in the sky as silent observers. Their titles are eerily similar; both painted Springtime, Harvest Time, Shenandoah Valley, 'Twas the Night Before Christmas, and Apple Pickers. They both lived in Virginia for part of their lives, started painting intently late in life and struggled with arthritis. However, until now we knew much of Grandma Moses and little about Marion Line.

The Life of Marion Line
She was born Marion Louise Forgey in Morristown, Tennessee in the foothills of the Great Smoky Mountains. Though her work may suggest a childhood on a farm, her father and grandfathers were businessmen. She received a public school education and music lessons growing up. She attended Carson-Newman College earning a BA in English (cum laude) with a diploma in violin. There she met Lloyd E. Line, Jr. and after a courtship of six years they were married in 1941. For eleven years they moved around the country as he advanced in his career. During those years she taught English and music while continuing to play her violin in symphonies in Philadelphia and Knoxville. In 1952 they settled in Richmond, Virginia and raised their family.

Although Marion always loved to draw pictures of people, places and animals, it wasn't until the 1970s that she returned to visual art more decidedly. As a violinist who could no longer play because of arthritis, she felt compelled to express her own sense of beauty, joy and spirituality. Her paintings are scenes awash with bright colors and nostalgic visions of spring flowers, harvest, and wintry wonderlands. She gathered her "ideas from Bible stories, song titles, and family history, people and events."[2] Jonah's Regurgitation (1987) is one such work inspired by a Bible story but it also conveys her sense of humor. In Marion's version a large Jonah (nearly half as big as the whale) flies through the air toward the shore. Jonah is accompanied by what appears to be a great deal of whale saliva. A fisherman in a small boat placed in the foreground looks placidly upon the scene. Other works are exuberant reflections on nature such as Fall Scene: Leaf Rakers (1994). A father and son work together gathering piles of leaves while all around them are intensely colored, peak fall foliage. Even here Marion cannot resist making it her own. She paints the treetops with rhythmic swirling lines that make the tree appear as if on fire. The fall foliage in the mountains can be that way - so bright and awesome they seem to be ablaze.

She often said, "I am not a Pollyanna."[3] Personal accounts lead us to understand that this was an honest self-appraisal. Family and friends described her as an individual, filled with a creative spirit and humor, and someone with a great deal of empathy and tenderness. A college classmate, Margaret W. Cooper, wrote a letter to Lloyd after Marion's death describing her as a woman "with large, soulful eyes, rich with internal reflection." To her husband, she was a beautiful and complex woman with a fiery spirit. In her works all these characteristics are visible.

Perhaps one could look at her other creative endeavors for clues about why she painted such poignant observations like the beauty of the seasons, memories of quilts on a clothesline, a dog name Sadi. Though homey and poetic, there is more here than meets the eye. Marion Line wrote poetry in her journals expressing very personal commentaries on life and relationships. Her writings often reflect her bouts with depression as well as the disappointments and discouragement she faced. After reading this poem dated January 24, 1981 by Marion (at the time nearly immobilized by arthritis), one can understand why depicting joy was so important.[4]

Bite the Bullet
I see no beauty in pain.
It does not ennoble my character.
It does not refine my soul.
It does not improve my disposition.
I see no hidden blessing in it.
Pain makes life harder.
It makes me mean.
It sets me apart from others.
It gets in the way of what I want to do.
It hurts.

She found great comfort in producing pictures of her childhood such in Easter Sunday When I Was a Child (1990) or Cousin Will's Place (1983). Each of these seems to be symbolic safe havens; places where she did not feel pain physically and emotionally. From beginning to end the process of creating provided great clarity for her. Lloyd Lines explains "It was her habit to spend a lot of time just thinking and planning a painting in her head while she was away from her easel doing other things (and perhaps even subconsciously while she slept), but after her mind was made up, she worked fast and seldom went back over a painting to 'doctor' it up."[5] According to Lloyd, when finished she always called out "it's done" from the bedroom in their home that served as studio. Then she and Lloyd would ceremoniously hang the new work, declare it "the best yet" and toast with a glass of wine.

Her discovery as a painter is the stuff of legends and Hollywood movies -- like Grandma Moses or like one of the main characters in the film "The Trouble with Harry." Anne Gray, owner of the Eric Schindler Gallery in Richmond, was delivering a cabinet Marion had purchased when Anne saw a painting hanging in the hallway and inquired about the artist. Marion was surprised that Anne would be interested in her work. In 1983, Anne carried several of Marion's works in the gallery. Then in 1984 at the age of sixty-five, Marion had her first solo exhibition. During the last fifteen years of her life, she created approximately 300 works. Throughout the years, Anne remained a friend and mentor.

Particularly charming and significant about Marion's work is her devotion to storytelling, color harmony, an unyielding inventiveness in depicting subject matter and an innate sense of a balanced composition. Uncle Millard and the Pear Tree or the Letter of the Law (Forbidden Fruit) 1991 epitomizes these attributes. The story that inspired this painting is one of Line family legend. Uncle Millard Line as a teenager had an unyielding appetite for pears, often stripping an entire tree of ripe fruit before anyone else had a chance to partake. One day his exasperated father exclaimed, "If I see you pull another pear off that tree, I'll wear you out." The next day Millard spied a particularly ripe pear on the tree. So instead of disobeying his father, he put a ladder up close to the pear and devoured it without removing it from the branch. Later his father saw the core still hanging on the branch. Realizing that Millard had not truly disobeyed him he just had to laugh.[6] Marion's painting illustrated the moment perfectly.

That she did not successfully use linear perspective is perhaps a positive attribute rather than a shortcoming. Her lack of linear perspective, one reviewer called "delightfully cockeyed,"[7] supports the notion that these images are from the mind's eye. Indeed this seems to be a conscious choice for Marion. She once explained to writer Judith Snyderman, " I sketch right on the canvas with a light wash of turpentine and yellow ochre. I go by shapes-I don't have to worry about depth." Another writer noted, "Line's ability to extract details from different eras and weave them into single frames results in a slighting distorted reality."[8] Sadi, the Lines' black poodle appears in nearly every work regardless of the time period depicted. Perhaps for Marion, Sadi is at once a talisman and comic relief. Other family pets appear without regard to the chronology of their life span, such as Trumpy, the horse from Marion's girlhood, Simon the cat and another dog, Plato.

One reason why her works are so endearing may be because they seem so familiar and emotionally restorative. They show us things that are true for every person. We all hold images of family heritage and homestead dearly. They are placed securely in one's mind by significant childhood experiences and from stories told by mothers, fathers, grandmothers and grandfathers. They are imbedded in our hearts and souls as memories. Memories keep our spirits uplifted in times of pain and sorrow. Memories remind us that time passes and they provide hope. Memories provide examples of courage, truth and beauty. Memories are fertile visions that keep the past alive while providing inspiration for today and tomorrow.

Acknowledgments
The Longwood Center for the Visual Arts gratefully recognizes the generosity of Lloyd E. Line, Jr. In 2000, he offered the Longwood Center for the Visual Arts a fine selection of Marion Line's work. Though the decision was difficult the Center selected thirty works that represents the depth and breadth of her work. Significantly, the many of works also represent life in Virginia. This aspect is of particular interest and importance to the Center. Its collecting mission is to be a repository of works by Virginia artists and to celebrate life in Virginia. Without Lloyd's thoughtful and kind gesture, this exhibition would not be possible. Nor would so many people today (and in the future) glory in what Marion Line held dear -- fertile visions that embraced a joy of beauty, a belief in the restorative power of simple pleasures, and the importance of family heritage.

Scene for the Nutcracker, 1993

Snow Scene: Riding Around the Track, 1993

Uncle Millard and the Pear Tree or the Letter of the Law (Forbidden Fruit), 1991

Easter Saturday When I Was a Child, 1990

'Twas the Night Before Christmas, 1989