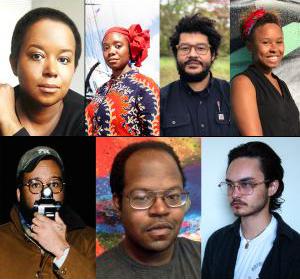 The Longwood Center for the Visual Arts (LCVA) and Hampden-Sydney College (HSC) are excited to announce a series of Zoom symposiums presented in conjunction with the exhibition Asterisks in the Grand Narrative of History, an intimate yet ambitious exhibition that spans two university/college galleries. Curated by Jay Simple and Emma Steinkraus, this exhibition addresses relevant questions about how artists interrogate history, and what kinds of new historical records artists can create. The artists on view use diverse strategies to resist and remake historical narratives in pursuit of a more just world. In their curation of this work, Simple and Steinkraus were influenced by Saidiya Hartman’s theory of recombinant narratives that “‘loop the strands’ of incommensurate accounts” to weave together the past, present, and future. As in Hartman’s work, these artists draw on a variety of sources, from pop culture to family photos to government archives, to illuminate the ways individual stories and historical forces are intertwined. The symposiums will take place on Thursday evenings at 7 p.m. on February 18, February 25, and March 11, 2021.

Many of the works in this exhibition, like those by Jason Patterson and Becci Davis, de-familiarize well-known historical moments through cropping or shifts in scale. Archival imagery is handled inventively by artists like Kieran Myles-Andrés Tverbakk, Zora J Murff, and Richard-Jonathan Nelson, who cut, weave, and collage photographic source material together into something wholly new. Installation, sound, and video work by Anina Major, Amir George, and Marisa Williamson engage our bodies and senses.

Simple and Steinkraus note that “the histories and stories recounted here are not hidden counter-narratives but are always present to those who are willing to hear and observe. The artists in Asterisks in the Grand Narrative of History are mediums for communication with the past, but their work also creates new archives that leave messages for our future.” Seen together, their work proposes visual representations that help us figure out how we got here, how we belong, and why we want - or find troubling - the lives we are told to live.

The first Zoom symposium will be held on February 18 from 7:00-8:30 p.m. and includes artists Anina Major, Becci Davis, Jason Patterson, and Marisa Williamson. The second symposium on February 26 features a film screening and artist talk by Amir George. The final symposium on March 11 showcases artist talks by Zora J Murff, Richard-Jonathan Nelson, and Kieran Myles-Andrés Tverbakk. All Zoom symposiums will be held on Thursday evenings from 7-8:30 p.m.

All events are free and open to the public.

Anina Major is a visual artist from The Bahamas whose work investigates the relationships between self and place in an effort to cultivate a sense of belonging. She is the recipient of numerous awards and residencies, including the St. Botolph Club Foundation Emerging Artists Award for sculpture, the Provincetown Fine Arts Work Center Fellowship, the MassMOCA Studio Artist Program, and the New York Elizabeth Foundation of the Arts Studio Program.

Amir George is an award-winning filmmaker based in Chicago who creates spiritual stories, juxtaposing sound and image into an experience of non-linear perception. George’s films have screened at institutions and film festivals including Schomburg Center for Research in Black Culture, Institute of Contemporary Arts, London, Royal College of Art, and Museum of Contemporary Art Chicago, among others. George is a film programmer at True/False Film Fest and cofounder of the touring film series Black Radical Imagination.

Becci Davis is a Rhode Island-based interdisciplinary artist who finds inspiration in exploring natural and cultural landscapes, as well as her experiences as a daughter, mother, American, and Southern-born-and-raised Black woman. Davis earned an MFA from Lesley University and is the recipient of awards from the St. Botolph Club Foundation, the Rhode Island State Council on the Arts, and the RISD Museum Artist Fellowship Program.

Jason Patterson (born Champaign, Illinois 1984) was recently the Frederick Douglass Visiting Fellow at the Starr Center for the Study of the American Experience, at Washington College. He is currently a fellow with the Chesapeake Heartland: An African American Humanities Project. He lives and works in Chestertown, Maryland. His research-based work focuses on African American history and highlights the role the past has in cultivating our current political and social conditions in the United States.

Kieran Myles-Andrés Tverbakk is originally from Houston, Texas, and currently resides in Minneapolis, Minnesota. They received a BFA from the Minneapolis College of Art and Design in 2016 and have since participated in residencies at the Vermont Studio Center and Blue Mountain Center. They are a 2020 Artist Initiative Grant Recipient, awarded by the Minnesota State Arts Board, and are currently working towards their second solo exhibition.

Marisa Williamson works in video, image-making, installation, and performance around themes of history, race, feminism, and technology. She has produced site-specific works at Thomas Jefferson’s Monticello (2013) and the Metropolitan Museum of Art (2016). She was a participant in the Skowhegan School of Painting & Sculpture in 2012 and the Whitney Museum’s Independent Study Program in 2014-2015. Williamson holds a BA from Harvard University and an MFA from CalArts. She is an Assistant Professor of media arts at the Hartford Art School at the University of Hartford.

Richard-Jonathan Nelson is a multi-disciplinary artist who uses textiles, video, and digital manipulation to create alternative worlds of speculative identity. His multi-layered work mixes images of the natural world with reference to hoodoo, queer culture, and Afro-Futurism. Born in Savannah, Georgia (1987) and working in Oakland, CA, Nelson received his MFA from California College of the Arts in 2017. His work has been exhibited at Southern Exposure, Embark Gallery, Root Division in San Francisco, and Aggregate Space in Oakland.

zoomsymposiumpressreleaset.pdf
Related Exhibition or Collection:
Asterisks in the Grand Narrative of History 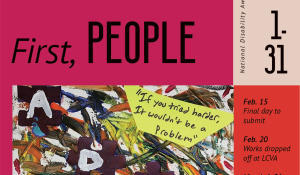 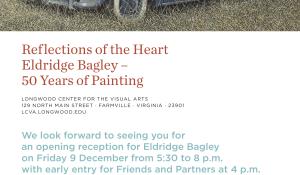 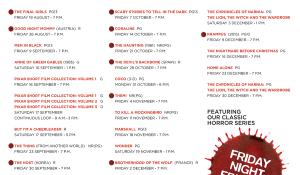