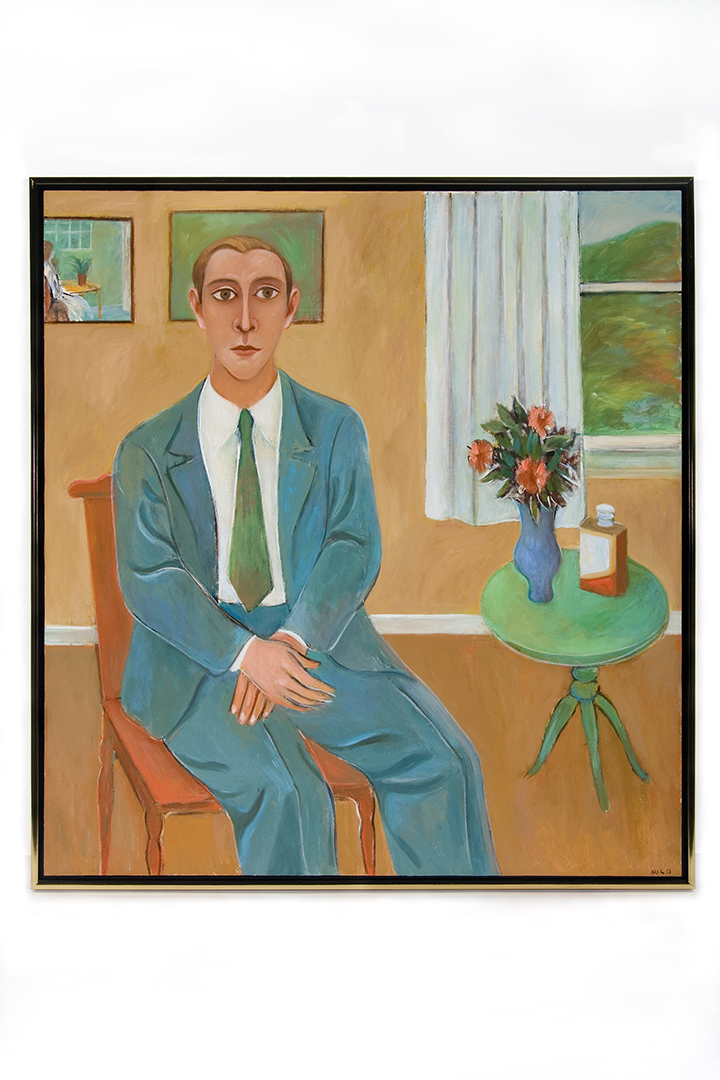 Collection of the Longwood Center for the Visual Arts
The Jack Blanton Collection
Gift of Jack Blanton
2007.23.41

Milo Russell was once dubbed “the J. D. Salinger of Richmond’s art scene” by Richmond Times-Dispatch art critic Roy Proctor. Russell is known for his hermit-like existence. Except when teaching his students at his alma mater, Virginia Commonwealth University, from 1958 to 1985, he kept to himself and his family and their student visitors, never involved himself in university politics, and never went to parties or art openings. When people speak of Milo Russell, they speak of his obsessive devotion to painting endless variations on a particular theme. Russell himself would agree. “I was formed in the 1930s. I liked to look at Soutine and Matisse and Van Gogh and Pissarro and Modigliani and Arshile Gorky and the early De Kooning drawings then. I love shapes—door shapes, window shapes, plant shapes. I like tables and plants, so I just paint them over and over again.”

However, Russell’s paintings are much more complex and subtle than this modest description of a way of working might suggest. Benjamin Forgey, writing for The Washington Post in 1983, described Milo Russell’s paintings: “There is indeed a palpable tension in his works . . . between the esthetic world Russell creates—the paintings are beautifully made, by a painter who knows the conventions and knows just what he wants—and the subject matter, which is the isolated, self-involved human figure. For a quick definition of the mood, you might say: Balthus, without the eroticism.

“Russell’s paintings are all alike, as Orthodox icons are all alike. The format is always the same, and the subject is repetitive: a single figure seated or standing in an awkward frontal posture in an ordinary room with ordinary props (window, door, chair, table, lamp, vase, plant, book, picture). And the paintings are different like icons are different. Subtle changes—in colors, point of view, elements in the room, posture
and characterization of the figure—take on large significance. . . . His images are devotional apparitions, or disturbing, trancelike revelations, mediated by a sensitive esthetic hand.”