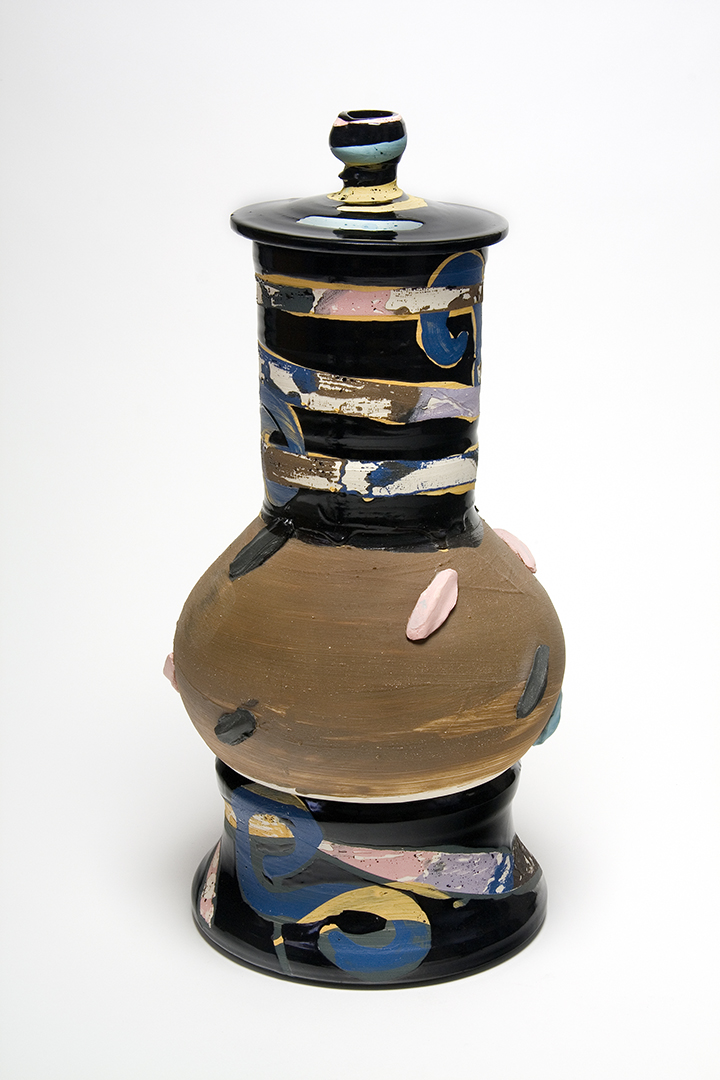 Collection of the Longwood Center for the Visual Arts
The Jack Blanton Collection
Gift of Jack Blanton
2007.23.21 a/b/c

Steven Glass created this work especially for collector Jack Blanton. Arthur Hodges writing for Style Weekly on January 16, 1990, called Glass “one of the finest potters in the city of Richmond.” Glass received his education from Virginia Commonwealth University as well as through an apprenticeship with master potter Robert Eckels. His contributions to the Richmond art scene and the ceramics field in general have been significant. In addition to building an extensive exhibition record, he has served as resident potter at the Virginia Museum of Fine Arts since 1982 and board member at the Visual Arts Center of Richmond for a decade. With potters John Jessiman, Randy Edmonson, and Brian Pitney, he helped to establish the Cub Creek Foundation, a center for the ceramic arts in Appomattox.

Steven Glass talks about his work in the following excerpt from an undated artist’s statement:

It is not my intention to deny or deify the principle of function. My work is perhaps best described as “purity obscured,” pure clay (porcelain) and pure form both altered to reveal something larger than their original states. I work with porcelain on the wheel and paint the forms with engobe templates made of paper or tape. Afterwards I cover the entire piece with thick layers of polychrome slip [clay suspended in water, often combined with other materials to produce color], then peel off the templates. Once bisque [as in color; pale orange yellow to yellowish gray] fired, I wax resist the template surfaces and then paint other visual information with wax as well. Then the entire piece is dipped into a high-gloss, black glaze and fired to cone seven [pyrometric cone is a device used to indicate that a certain temperature has been reached during firing]. This is a lengthy process and I therefore make only a few pieces at a time, from two to six pots, each group having relationship to one another. Each collection, like a family or circle of friends, has filial and intangible connections which make the work best viewed in a series.