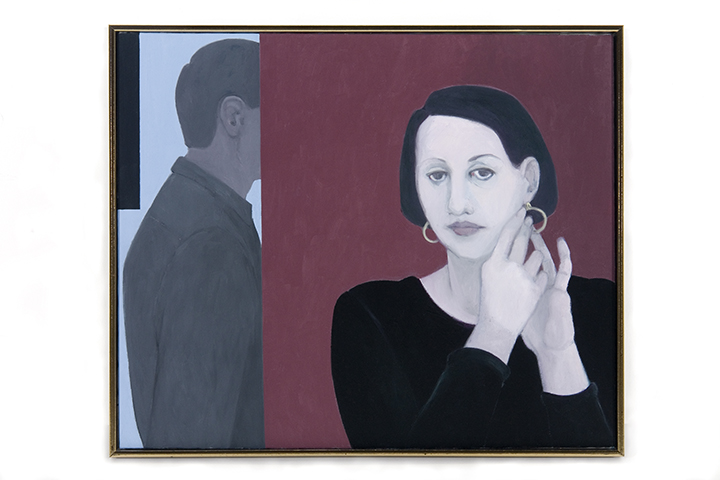 Collection of the Longwood Center for the Visual Arts
The Jack Blanton Collection
Gift of Jack Blanton
2007.23.40

Eleanor Rufty is a well-known Richmond artist who has shown her evocative and enigmatic works throughout Virginia. This particular work is quintessentially Rufty in the economy of line, shapes, and color and the rich depth of emotion afforded in the subjects’ glance and posture. The title, a fragment from an unidentified novel, adds to the mysterious scene of these fictional characters.

Describing her methods of developing a picture, Rufty has explained, “I start painting very directly with gestural drawing. I just start making marks. I have a notion that maybe the painting will be one or two figures, but that’s just a basic idea, not a plan. I begin that gestural drawing with charcoal or sometimes a brush with thin paint. Then in time I begin to lay on color. The figures often change—they move all over the place—and when it gets to a stage where the figures seem to have a convincing presence, that’s when I start to develop the final painting.”