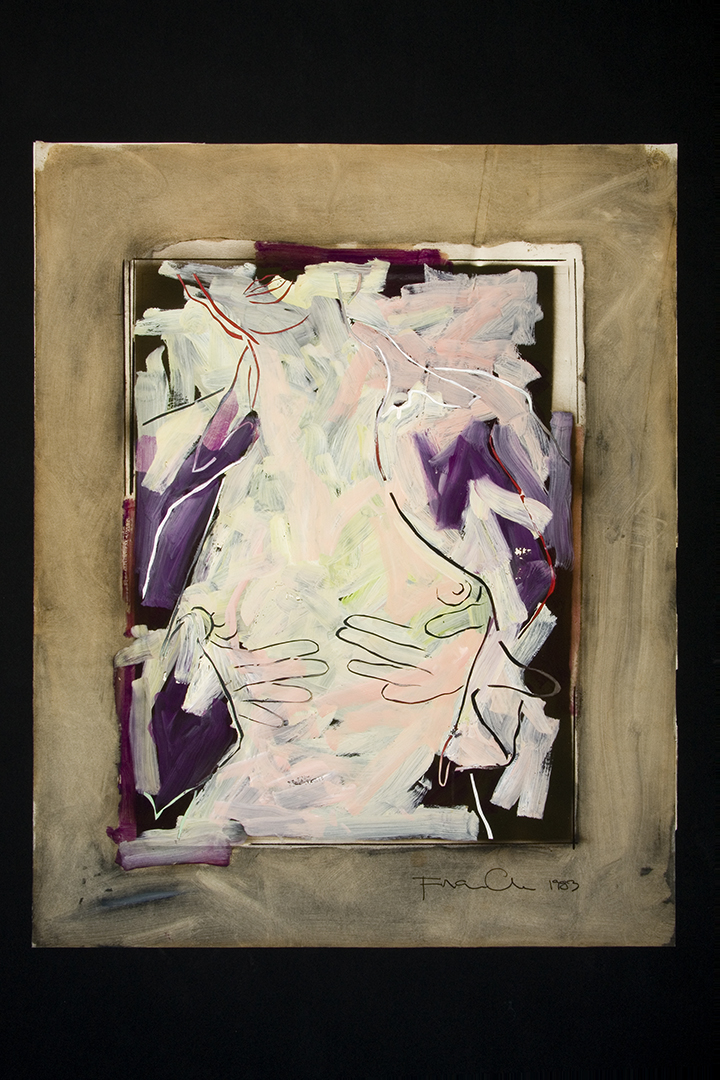 Stencil, 1983
collage with oil and enamel

Collection of the Longwood Center for the Visual Arts
The Jack Blanton Collection
Gift of Jack Blanton
2007.23.14

This work was exhibited in a 1984 exhibition at Virginia Commonwealth University’s Anderson Gallery. In an accompanying artist’s statement Cole wrote, “I’m interested in ambiguity and tension. These bind the world together and make it acceptable. I fear loss, ending. Painting is attempt, capture. Paintings are like diaries, or dinosaur tracks, and as useful.” Elaborating on the artist’s lead, Robert Merritt in a review of the exhibition for the Richmond Times-Dispatch said, “Cole’s paintings have always been about the frontality—the surface complexity—of art. He approaches the surface as a flat and tactile entity, but he expands on these ideas to explore both the aggressions and ambiguities that result from an active and contradictory application of paint. He uses aggression and tension to keep the viewer at a distance, but then has so much going on in his paintings that the viewer is inevitably drawn into the action.”

Frank Cole received a B.F.A. from Virginia Commonwealth University in 1971 and a M.F.A. from Yale University in 1973. He has taught at VCU and at the Ringling College of Art in Sarasota, Florida. His works have been exhibited extensively in Virginia, Washington D.C., and Florida. One of Cole’s large paintings, Local Storm, 1994 (1996.7, Gift of Jay and Marie Barrows) hangs in the auditorium of the Chichester Science Center on campus.