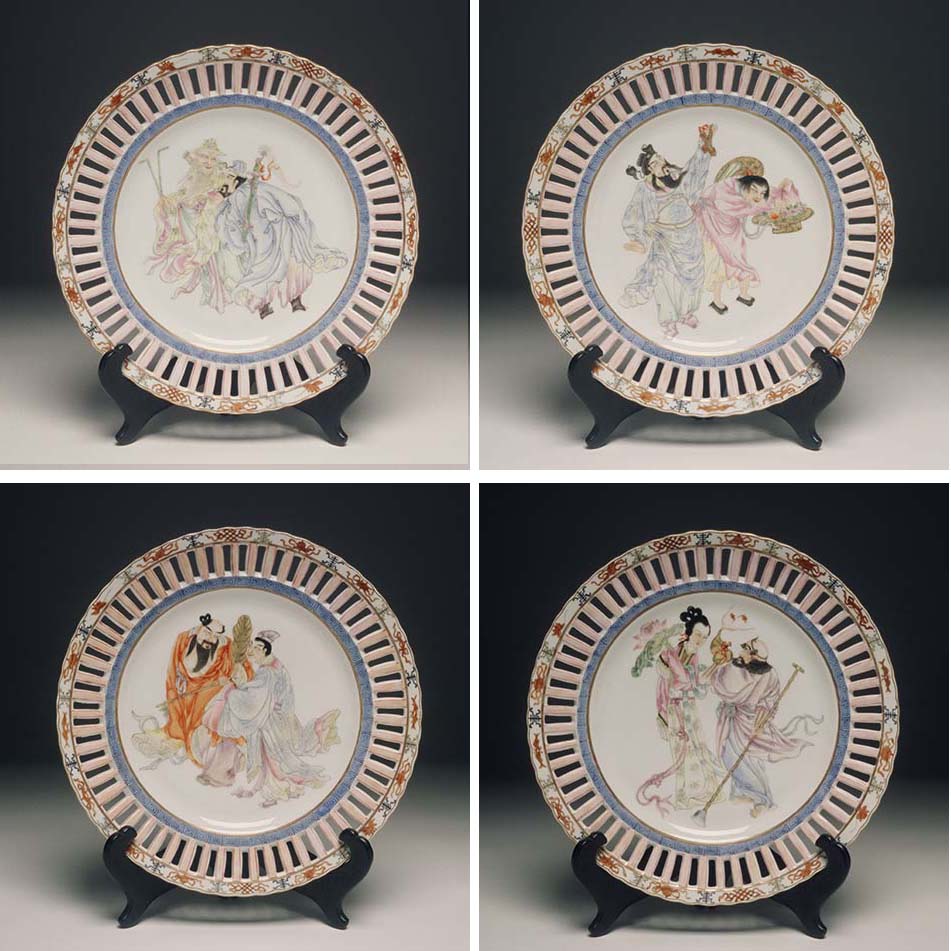 The Daoists in their quest for “the way” revered those who in their own search achieved or developed supernatural powers and, thus, immortality. Throughout the centuries a pantheon of eight immortals was established, much like the establishment of saints in Christianity. The four plates exhibited here portray all the immortals with their particular attributes. In the first plate (2005.80.37.1) the two figures are Zhang Guolao and Lu Dongbin. Zhang Guolao carries a long bamboo case that holds two rods used as noise makers. Lu Dongbin uses his sword for slaying demons. Immortals Cao Guojiu and Lan Caihe adorn the second plate (2005.80.37.2). Cao Guojiu is identified by his official court dress and castanets, while Lan Caihe (a hermaphrodite) is identified by a basket of fruit. The only woman immortal, He Xiangu, is shown on the third plate (2005.80.37.3) with Li Tieguai. He Xiangu holds her magic lotus; Li Tieguai holds a crutch in one hand and a double gourd in the other. Bats rise from the mysterious vapor emanating from the gourd. In the fourth plate (2005.80.37.4) Zhongli Quan holds a fan, used to bring the dead back to life. Standing beside him is Han Xiang Zi holding his flute.

These plates are made of porcelain and painted in the five enamel (wucai) method. The name “famille rose”—“pink family”—refers to the predominantly pink color. 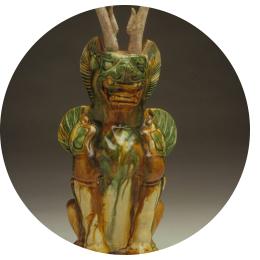