Along the East River with George, NYC, 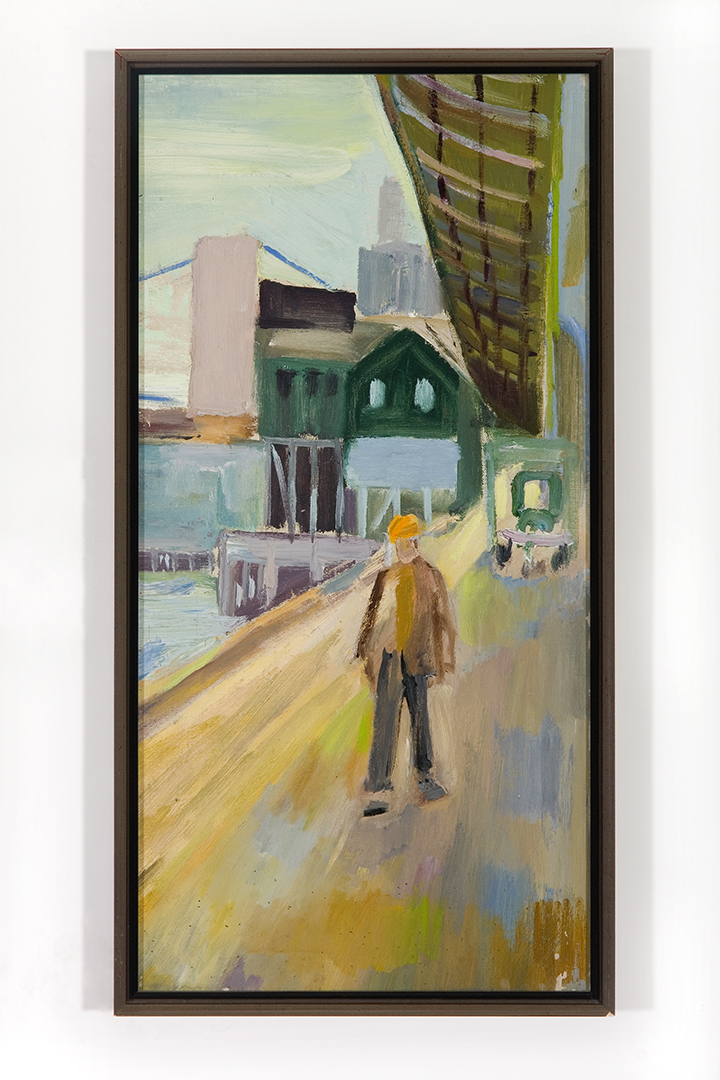 Along the East River with George, NYC,

Along the East River with George, NYC, c. 1965
oil on canvas

Collection of the Longwood Center for the Visual Arts
The Jack Blanton Collection
Gift of Jack Blanton
2012.12.22

This painting, like several others in the Jack Blanton Collection, depicts Harriet Fitzgerald’s friend George Keisker. The artist had known George since the time he worked for her family’s company, Dan River Mills in Danville, Virginia, and dated her older sister. When Keisker left Dan River Mills, he went to work for Spring Mills in New York. Fitzgerald painted many pictures of her charming and affable friend. Keisker himself also enjoyed painting and was a member of Abingdon Square Painters, an artists’ cooperative that Fitzgerald founded in New York in 1948.

A native of Danville, Virginia, and a graduate of Randolph-Macon Woman’s College (now Randolph College), Harriet Fitzgerald received her professional training at the Art Students League of New York, principally in the class of John Sloan and in the private classes of Maurice Stern and Ambrose Webster. A painter, an educator, and a writer, Fitzgerald spent her entire life promoting art. She served as the director of the Abingdon Square Painters until her death in 1984. Under the auspices of the Arts Program of the Association of American Colleges, she lectured on painting at more than a hundred institutions, traveling with a portfolio of work of the Abingdon Square Painters.

Fitzgerald exhibited widely. She had six solo exhibitions at the Barzansky Gallery in New York. Her paintings were included in exhibitions at the Virginia Museum of Fine Arts (solo and group), the Chrysler Museum (Norfolk, VA), the Danville Museum of Fine Arts and History (Danville, VA), the Dayton Art Institute (Dayton, OH), the Delaware Art Museum (Wilmington, DE), and the Butler Institute of American Art (Youngstown, OH), among others. Her works can be found in the permanent collections of many private, public, and corporate collections such as the Swope Art Museum (Terre Haute, IN), the Yale University Art Museum (New Haven, CT), the University of Mary Washington, the Virginia Museum of Fine Arts, and the National Museum of Women in the Arts (Washington, DC).